Animal Coalition of Tampa is proud to offer affordable care for your pet.

Our vision is to make pet ownership a reality to many people who would not otherwise have that opportunity due to financial constraints. Every day, we make a difference in the lives of animals and the people who love them. We serve animals and help them to live better, healthier, happier lives through quality veterinary care services. 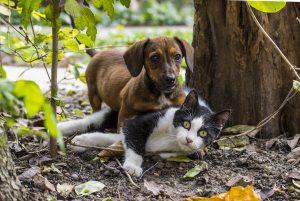 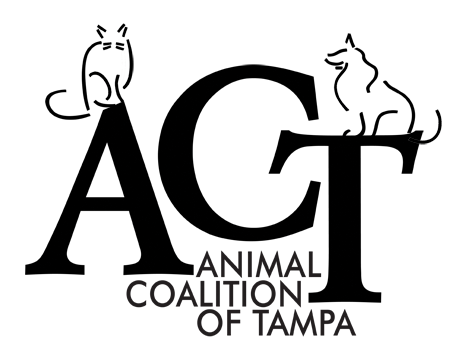 2014-2015: ACT stabilizes from the fire, cutting back on all but core mission services. ACT focuses on updating foundation, protocol, and technology. ACT manages, through your support, to retain the preceding years’ number of spay and neuters.

ACT’s smaller facility is undergoing a professional space optimization design, so that we can regain our prior-to-fire services in a cost-effective manner. Comprehensive exams, special surgeries and dentals return in March 2016.

This website uses cookies to improve your experience while you navigate through the website. Out of these cookies, the cookies that are categorized as necessary are stored on your browser as they are essential for the working of basic functionalities of the website. We also use third-party cookies that help us analyze and understand how you use this website. These cookies will be stored in your browser only with your consent. You also have the option to opt-out of these cookies. But opting out of some of these cookies may have an effect on your browsing experience.
Necessary Always Enabled
Necessary cookies are absolutely essential for the website to function properly. This category only includes cookies that ensures basic functionalities and security features of the website. These cookies do not store any personal information.
Non-necessary
Any cookies that may not be particularly necessary for the website to function and is used specifically to collect user personal data via analytics, ads, other embedded contents are termed as non-necessary cookies. It is mandatory to procure user consent prior to running these cookies on your website.
SAVE & ACCEPT